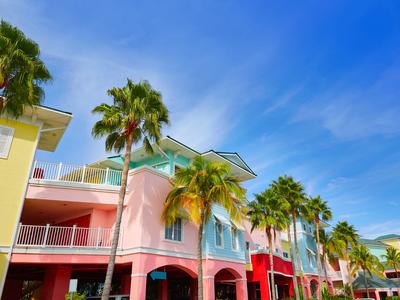 Contra: "I am a very experienced international traveler with approximately 25 countries visited and many of them multiple times. This flight set my new benchmark for a international coach flight. Staff were professional, friendly and accommodating. Great leg room and entertainment. Even the in flight meal and snacks were good. I was not looking forward to my domestic connection with Delta. Unfortunately, Delta met my anticipated expectation. US based carriers could learn a lot from Lufthansa."

Contra: "Luggage was not received. Now being told it will take up to 5 days! Unacceptable performance"

Pro: "The seats were comfortable, entertainment during the long flight was very good."
Contra: "Do not show options with a connecting flight boarding before the first flight has arrived. My family had to run a long distance from our arriving gate to the departing one in the Munich airport, which is not a small one!! Luckily United was holding the plane for us!"

Pro: "Fabulous Stuart’s."
Contra: "1h of delay .... is inadmissible for the price what we are paying for the tickets..."

Contra: "I missed my connecting flight because my flight was late. I had to get to my destination for a wedding."

Contra: "The people sitting beside me was very loud and they didn’t stop talking the whole time."

Contra: "I miss my flight because of short layover from Texas to Pensacola. Why I haven’t notified before 1:27 min would not be enough for custom process"

Pro: "One flight attendant in particular was outstanding, Eva. Because of her, I would definitely consider Lufthansa for our next trip to Europe!! She mot definitely went above and beyond in her service and professionalism."

Pro: "The food and drink were the only two enjoyable moments of this flight."
Contra: "The crew in Cluj airport could not care less about getting the plane boarded and departed on time. For 20 minutes crew stood around in the airport talking to each other and using their cellphones. Finally the transport bus was loaded only to have the bus driver get out, and talk to another employee while simultaneously using his phone. No information was given for the delay and the plane was boarded at time of departure. This careless and unbothered attitude resulted in a missed connecting flight for my partner and I. We were completely unassisted by crew on the plane and ended up having to wait 24hours for our next flight home. Absolutely disgusted by the service provided from Cluj to Munich. I would seriously consider another airline before booking again with Lufthansa for this route."

Pro: "Nothing"
Contra: "We missed our flight bc our luggage was stuck on the plane for 1.5 hours and we missed our connection. After running around the airport, waiting on the phone for over 2 hours and in line for 45 minutes, we are booked on a later flight and hope to get home tonight."

Pro: "The business cabin was excellent for a European airline."

Pro: "MRS-FRANKFURT on LH was awful but FRANKFURT to JFK was great for economy class. Flight attendant in my section was fantastic. Food was ok. Entertainment choices were excellent."
Contra: "When my flight out was canceled due to snow Lufthansa did not answer their phones despite hours of calling."

Contra: "The entertainment center at my seat was not working properly and kept stopping and would have to be reset."

Pro: "I fly constantly -This was my first time on Luftansa & this is my go to airline from now on. I was flying coach & I felt like I was in first class. (Although nothing beats first class international"
Contra: "N/A"

Contra: "Got a little hot in the cabin"

Pro: "Efficiency and level of care, quality of food and drinks, not to mention the entertainment on Lufthansa Airlines!"
Contra: "Nothing to write here, whole experience was excellent!"

Pro: "The crew was very friendly and went above and beyond."
Contra: "The boarding process is unorganized as passengers do not board by aisles...just pushing and shoving"

Pro: "Friendly crew."
Contra: "Plane was delayed almost two hours due to fog but I can't blame Lufthansa for that"

Contra: "Entertainment options were not too good. The flight should have more American sitcoms and more Hindi options."

Pro: "They were average in terms of comfort and crew. You can only get so conofortable in economy class and the crew did what they were expected to. I did feel that my empty meal tray was left on my table for quite some time though."
Contra: "We had no individual entertainment on the flight, only very old CRT screens hanging from the ceiling, circa 1995. They did show movies but the sound quality was poor and my headphone jack did not work so I had to share with my husband. They offered no explanation for this, since their website clearly promises individual screens for international flights. When asked, the FA simply said "this isn't our usual plane for these types of flights." However, we had the same issue when flying to Frankfurt with them, so the company seems to just be lying. The food can barely pass as food. Everything was ice cold except the main dinner entree, even the bread. The only vegetable available throughout our 8+ hour flight was shredded carrots absolutely swimming in mayonnaise. The boarding process was exceedingly slow and they would not allow use of cell phones for boarding passes, although their check in provides the attachments. This required probably 1/4 of those boarding to have to step aside to another line for a paper copy. Again, no apologies or explanations from the company. Overall, I wish I had shopped around a bit more and chosen another airline. International flying is supposed to be somewhat enjoyable, even in economy class. Instead, this was the longest 8+ hours of my life."

Pro: "Entertainment and food were good."

Contra: "Crew was not friendly or very helpful, nothing stood out. As this was the first leg of my international flight, it would have been much better I had proper food, rather than a bag of 6 pretzels, especially since I had to be at the airport three hours earlier, and I had a six hour layover in Newark."

Pro: "The attention to detail was fantastic. The flight attendants took such good care of everyone without preference or prejudice"

Pro: "Everything went as smoothly as possible. Would definitely recommend."

Pro: "United is a good partner to Lufthansa. I like United. It was a quick flight, but a good one."

Pro: "The food was ok"
Contra: "There was no way to check seats or gates ahead of time."

Pro: "Clean, new aircraft with comfortable seats, excellent in flight service by the cabin crew, great selection of in-flight entertainment. Punctual departure and arrival (very smooth landing of the B747-800!!)"
Contra: "I asked at the gate in Frankfurt if I would need to show all our passports again before boarding. The Lufthansa gate agent said she didn't think they would be checked again and to just have boarding passes ready. So I packed the passports on my carryon backpack and just had our 7 boarding passes for our family. Then at the end of the jet bridge right before getting on the aircraft, two people were checking passports again. I had to unpack them from the folder in my backpack. Not a big issue, but the gate agent gave me bad information and should have known we needed boarding passes and passports for boarding."

Pro: "The boarding was fast and clean, but we still Left with a little delay. The flight itself was fast and we arrived a bit ahead of schedule."
Contra: "The advance we had gained in the flight was taken up by an apron position, slow ground service and a distant arrival gate."

Pro: "Had one passenger in a wheelchair and we had great help!"

Pro: "Friendly crew"
Contra: "Boarding is always a nightmare. First class, and the high flyers are called first. Then premium economy, then economy. A mad rush of people scramble down 2 flights of stairs, then are crammed on a tandem bus that drives out to the plane. You then cross the Tarmac in all types of weather to board. This flight boarded from front and back. Making finding your seat a nightmare as people were traveling in both directions in the aisles. You would think you were in a third world country."

Contra: "Baby cry all the way."

Pro: "I appreciate the taxi, in Munich airport, to my next connection."
Contra: "I disliked the late departure."

Pro: "I was travelling with small kids and I was asked t be boarded as first one. Therefore myself and kids were not required to queue"
Contra: "As I was with two kids when doing checked in I was not able to have three seats next to each other. I was required to negotiate in plane with another passenger to change the seat"

Pro: "I was comfortable, not affraid."

Pro: "Everything."
Contra: "Long walk to gate in Munich"

Pro: "Organized"
Contra: "Rather slow...and a lot of time standing around."

Pro: "Staff/stewards were very upbeat and pleasant, professional and were perfect at looking after very tired customers (at least for me)."

Pro: "Better than on ontime, ahead of schedule"